A vacancy exists for a Working Supervisor at the new Cape Town branch, to be responsible for all Commercial, Passau and Ecomat products.

Candidates with a sound knowledge of company products, internal systems / procedures and a proven track record in similar position will have a definite advantage.

A vacancy exists for a Field Service Technician at the Cape Town Branch, to be responsible for all Commercial, Passau and Ecomat products.

Candidates with relevant experience of more than one of the products mentioned above will have a definite advantage.

Prospective applicants must have:

The basic salary for the position will be R20.000.00 – R25,000.00 depending on experience a and qualifications. All other benefits associated with a good employer will be applicable.

Youth unemployment, whose responsibility is it? My journey as a youth of South Africa. Mr. Nhlanhla Sibiya: Managing Director: Cometsa Development Enterprises

My journey as a youth of South Africa 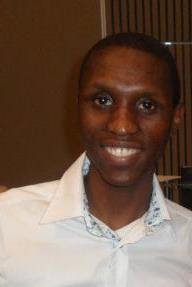 I recall the day I took a decision to repeat grade 12 at Buhlebomzinyathi High School, in Newcastle , Kwa-Zulu Natal, South Africa, in 2003 after I have just barely made it in 2002 with a senior certificate and a lot of symbols D’s and E’s. A grade 12 senior certificate would not get me to Wits University, I pondered to myself.  In January 2003 I was back at the desk voluntarily repeating grade 12 with my two best friends, the late Sifiso Zulu and Golden Mlungisi Khumalo who is currently a process engineer at Kraft Foods SA.
I hate physical intense work for a low payment. That is exactly what made me cling onto my books, hoping that I will get a better paying job once I’m educated. In 2003 I finished my Grade 12 with merit.  This was a great achievement. It brought light, where there was darkness. I moved from E’s to 5 C’s all in higher grade, and this meant that I qualified to study most courses at the university.

Raised by a single mother, like most young black South Africans, the next challenge was how and where do I get finance to enrol at a University? My mother Thandi Sibiya was self-employed (Hawker). Even today she is still self-employed for more than 15 years only making an income of +-R 1500 a month.

To be "Ambitious “gets me through thick and thin, every day I need ambitions. I get reminded of the following song lyrics by Wale, titled Ambition; "Easy to dream a dream, but much harder to live it, Look, they going to love me for my ambition. Ambition is priceless that’s something that’s in your veins. I put that on my name and I doubt that ever change. My ambition to win, just to get me some ends. Help me pay my little rent, maybe sit in a Benz. I saw momma praying as she wait on results. It was hot in the kitchen can I wait on the porch. My father was missing, Life was digging ‘me deeper, I kept on coming up short."
The only weapon I had was my Grade 12 symbols of five C’s and a loan letter from the National Student Financial Aid Scheme. That is what got me to Senate House at Wits University in 2004 to enrol for the first year Chemical Engineering Degree. I really never mention that I studied Chemical Engineering for a year to people because of the bad memories of my first year at the university.  I buried it under the sea. Yet it propelled me to be who I’m today. I then enrolled for a BA degree which was another roller coaster however I graduate with a BA Honours Dramatic Arts (2009), a Post-Graduate Diploma in Arts, Culture and Heritage Management (2010). I am currently enrolled for the South African German Training Services (SAGTS) learning programme called Commercial Advancement Training Scheme (C.A.T.S ) studying Business Administration (2012-2013) under the sponsorship from my employer, Cometsa Group.
I currently hold a Managing Director position for Cometsa Development Enterprises, a division of Cometsa Group. My career growth and corporate experience has really come on a silver platter, under the intensive mentorship of Mr. Sam Tsima (President & Chairman: Cometsa Group - www.cometsa.co.za ). Mr. Tsima is my role model for many reasons but mostly for his passion for youth development. For 15 years he has invested his personal resources in the development of young people in different provinces of South Africa. His approach is that of holistic development of human capital. He was recently interviewed by Xolani Gwala on Safm (Forum@Eight) on two topics, “the role of Business in healing the wounded society that South Africa reportedly is. Do we have a business that is patriotic and helping enough? How can business be used as a catalyst to heal the society?” and “How Germany addressed the issue of skills development, basing it on the famous Dual-System (schooling combined with practical learning on the job as applied in South Africa by SA German Training Services (SAGTS)


Youth Unemployment, whose responsibility is it?
South Africa is part of the global world and it has entered the stage of Knowledge and Creative Economy. The country needs to capacitate its citizens to stay competitive on the global scale. SA  is ranked 134 out 184 countries on the Human Development Index (HDI) with the HDI of 0.654 which is poor considering that South Africa has nominal GDP estimated at 3 trillion for year 2011;  50m population and 23.9 percent national unemployment. The group that gets the short hand of the stick is the youth of South Africa with 51 percent of unemployment.  Amongst that, 63 percent are unemployed young women.
The profile of young people who are unemployed is very complex to simply categorize it as young and unemployed. There are many factors that contribute to youth unemployment during the socialization stages of young people in South Africa, such as poverty in rural areas, lack of education resources in schools, finance and other social challenges.
There are young people who never attended school, drop outs from schools, those who have only Grade 12 certificates, drop outs from FET colleges and comprehensive universities, and those who managed to obtain a qualification (certificates, diplomas and degrees). None of these young people are guaranteed employment, whether they have qualifications or not. What is important to note here is that the work place and learning institutions cannot absorb all these young people. Hence, South Africa is sitting with the dilemma of 51% unemployed youth and poor ranking on the HDI. The HDI indicates that South Africa does not spend capital where it matters. With the GDP of 3 trillion Rand this country could do much better on education, health and income of its citizens.
The youth unemployment problem is a ticking bomb in our society. Whose responsibility is it? There are many role players that need to share responsibility to address this problem. There should not be a tug of war on whose responsibility it is to rescue young South Africans from the chains of unemployment and poverty.
There are four main bodies that should take this problem on their shoulders, i.e. youth of SA, the Government, Learning Institutions and Businesses.
The youth of South Africa must take it upon themselves to embrace the culture and the attributes of entrepreneurship to move them from the ground of poverty and create employment for themselves and others “Nothing will ever fall from the sky. Hard work, passion and tenacity pays off by Nhlanhla Sibiya”
Entrepreneurship must be taught at primary and high schools as part of curriculum to create an entrepreneurial society. Not everyone can be an entrepreneur.  However the makeup of an entrepreneur is exceptionally thriving, extraordinary,  evoking new thinking and a willingness to risk for greater returns. They say “it’s all in the mind” indeed we create our own realities by our daily decisions and actions we take.
SA is not doing well on entrepreneurship activity given the high GDP it has compared to other emerging economies globally. According to Global Entrepreneurship Monitor (GEM) Report South Africa 2010,  SA is ranked 27 out of 59 countries with a total Early-Stage Entrepreneurial Activity (TEA)  rate of 8.9 lower than that of other emerging economies such as Brazil with a TEA rate of 17.5 and compared to other Sub-Saharan economies such as  Angola (TEA rate 32.4)  and Zambia (TEA rate 32.6) .
South Africa needs to take advantage of the contribution of Small and Medium Enterprises (SMEs) in providing employment and sustainable development for young people. SA has a prolific SMEs sector that contributes about 30-40 percent of the GDP. This indicates that SMEs has more potential to create more jobs and heavy injection on the GDP. Entrepreneurship will continuously play a bigger role in the reduction of unemployment, improvement of GDP and contribution to improved HDI.
Government alone cannot and will not reduce youth unemployment.  It is, with its policies and resources, merely a champion to mobilise businesses, social enterprises, entrepreneurs, and learning institutions to work together in reducing youth unemployment. Yes, it must support young people by creating entrepreneurial environment, providing necessary entrepreneurial resources and create jobs for young people.
The South African Government has outlined its strategy, namely, Human Resource Development Strategy for South Africa (HRD SA) 2010 – 2030. This strategy outlines 10 goals that the country is intending to achieve within the period of 2010 -2030.  Poverty and unemployment is at the forefront of this strategy. SA is in need of apprentices and qualified artisans. The National Skills Accord looks to address this skills shortfall. Young South Africans must be mobilized to enrol for skills development programmes.
Business community is also charged with responsibility in collaboration with Learning Institutions to reduce youth unemployment. The supply and demand of graduates should coincide. How can learning institutions produce graduates that are not employable? It’s simply because there is no consultation between the two worlds. There is a need to work on an integrated system that bridge the gap between high schools, institutions of higher learning, and the corporate world.

"If experience is the ticket to better opportunities, where is the room for beginners? Given a chance, young South Africans can gain necessary experience. Gaining more experience means that they can be experts, and experts teach others. Through teaching others, experts become leaders and leaders become an inspiration of the rainbow nation", Nhlanhla Sibiya
Posted by Cometsa Group at 01:18 1 comment:


Posted by Sam Tsima Network at 14:30 No comments: